It’s noticeable how it is not unusual for manga or anime characters to project some kind of mental prowess or illness, to justify their way of life and actions. Auras, whether bright or dark, are part of the adult anime culture as they add depth to the characters. Unlike the kid oriented anime storylines, the adult anime content delves into deeper angles but still follows the anime culture. Perhaps the discussion below can answer the question of whether anime shows are good or bad for mental health.

How Do Manga and Anime Stories Help Readers and Viewers Cope with Mental Stress?

Apparently, serious issues, like personal struggles, poverty, rejection, violence and death appear less stark when presented in comic book illustrations or cartoon animations. That is why manga and anime stories continue to attract large audiences on a global scale. 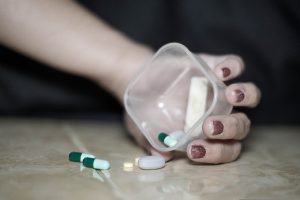 Somehow the problems of the real world are easier to accept and understand if presented in cartoon-like graphics or in animation, rather than in live action performances by actors. In Indonesia, in which lifestyles must conform to Islamic laws, the government bans access to those that depict taboo subjects like gambling, smoking and alcoholism.
Nevertheless, there are platforms for uncensored nonton anime id that adult viewers can stream or download with discretion.
As for children, their exposure to manga and anime stories must be curated by parents as support for mental health development. Their choices of anime films and series must give them broader perspectives about different things in life; but in ways that allow their imagination to develop.

Different types of anime attract different types of large audiences, including comedy, romance, drama, sports, adventure and power struggles; oftentimes involving magic or advanced technologies. Sports animations usually follow a high school team of one of the more popular high school sports like basketball, baseball and volleyball.
Comedy, romance and drama usually use humor and jokes to make light of situations. At the same time, scenes point out important lessons that must be learned from serious situations, especially if related to real-life matters. Yet the dramatic types of anime are usually short, presumably to avoid expounding on unpleasant aspects by providing immediate solutions as a conclusion.

Do All Anime Stories Have Happy Endings?

Readers and viewers do not have to feel stressed out in anticipating the outcome. That is considering that some Japanese anime do not have happy endings. Still, the more popular ones are the stories about bravery, family and life aspirations that always bring a happy fuzzy feeling to viewers.
Just like the TV series we watch and the books we read, Japanese anime shows to which we can relate attract our attention. 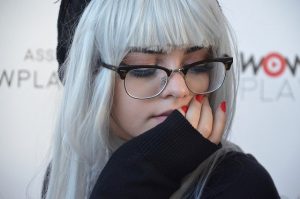 These are all mediums designed to provide some sort of escapism in healthy positive ways. Not a few anime fans actually find solace and happiness by linking their views and solace to anime characters. They watch and follow their stories to have an idea on how to arrive at difficult decisions.

After all, not just one but several anime creators brainstorm in thinking out the actions that are regarded as sane but true to form with the characters they created.