Self-care apps are booming. At the same time, start-ups are working on extinguishing negative feelings directly in the brain. Can we put our trust in those technologies?

In addition to Covid-19, mental illness has also been spreading more and more for a year. Lockdowns hit many people on their minds, and quite a few develop depression, anxiety disorders or burnouts. Therapists are fully booked for weeks or do not accept new patients at all. The contact restrictions do not make things any easier; many shy away from seeking the help they would need.

As a result, some people seek solace in applications that offer mental-health relief. Inquiries to the online psychotherapy platform Selfapy have almost tripled since the first lockdown, “unfortunately,” according to co-founder Nora Blum. The pattern is also verified by Jolawn Victor, Chief International Officer at the meditation app Headspace. “Business is going well,” she says, despite a dreadful trigger. She believes that the “physical and emotional consequences of 2020” will be all-encompassing in the next four years.

Newton Howard research brain-computer interfaces at the University of Oxford. He named his discovery the kiwi, a microchip the size of a grain of rice. He believes it will someday cure neurodegenerative diseases.

Caroline Aguilar is also researching the future of the brain with her start-up In brain Neuro electronics in Barcelona. She hopes for a breakthrough with graphene, which is often hyped as a “miracle material” Aguilar believes that these new materials would improve our understanding.

With the discovery of new biomarkers in the brain, one also gains data that can be returned to patients. For chronically ill people, visits to the doctor make up a maximum of one percent of their lifetime, most of the time they have to deal with themselves. With neuroelectronic interfaces, patients could keep control of their suffering. 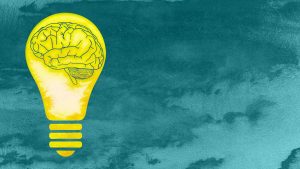 Are self-help apps like Selfapy or Headspace just an intermediate step towards a fully digitized brain? Possibly. Depression, anxiety disorders, and learning disabilities could be a thing of the past in the future, Howard says.  Some companies’ future technologies, such as TL Dev Tech’s flutter app templates & UI kits, are already in the beginning phases.

Norbert Weidinger is deputy head of the process management and ICT strategy group of the City of Vienna. When new technologies are rolled out, it is important to “leave no one behind,” he says. “Technology should always ’empower’, but never impose itself on anyone,” says Weideder. The corona testing process in Vienna takes place digitally as standard, but older people have the option of getting result on paper.

Selfapy is currently working with a mixed program of user-tailored and general content from behavioral therapy. Jolawn Victor from Headspace sees the impersonality of the app positively. In a private atmosphere, users can freely choose from a thousand hours of content.

With regard to the futuristic brain-computer interfaces, the question arises on a completely different scale: Can electrodes even quantify our deepest thoughts, feelings, and fears? Does artificial intelligence take over the brain with its generalized knowledge from mountains of data, as it is believed by Elon Musk, who is working on a similar concept with Neuralink? Howard waves it away. Many who deal with the subject forget that the brain is the best problem solver. This ultimately runs with 40 watts, a low clock frequency and can process an enormous amount of sensor data at the same time. “It does its job with elegance and efficiency,” said Howard.